Français
Canada's Arctic breeding lesser snow geese have been closely monitored over the past two decades following management action aimed at reducing their numbers due to their overexploitation of Arctic habitats. Population estimates, most recently pegged around 5 million birds, have been made through laborious manual analysis of thousands of aerial images of numerous colonies throughout the Arctic. With aerial imagery now collected in high-resolution digital format, much time and effort could potentially be saved by using automated image analysis to count the geese. We were called upon to investigate this possibility and, through the use of advanced object-based image analysis techniques, developed a snow goose detection algorithm that produced counts that were highly correlated with manual counts in test images from several colonies, with the total automated count across all images (19,920) only exceeding the manual count (19,836) by 0.4%. 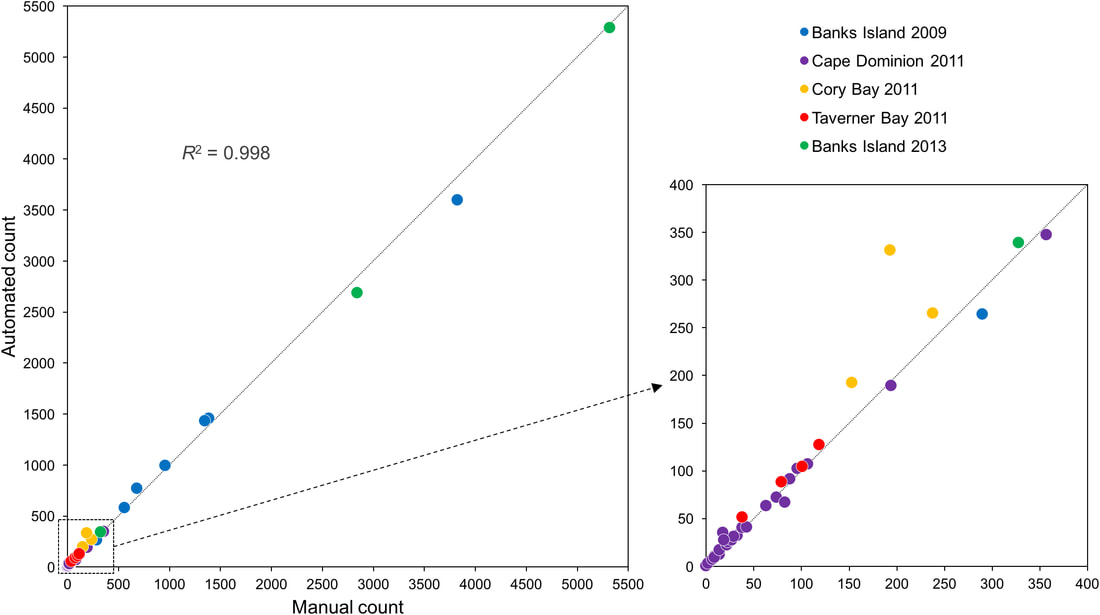